Batteries primarily power the world. Phones, laptops, lighting equipment, power converters, and many other devices use batteries to operate efficiently and for extended periods. For example, cars, both electric and gasoline-powered, have batteries. In gasoline cars, it is used to store electricity for several purposes, including lighting and air conditioning. In electric cars, batteries are used to power the vehicle’s motors. Whether for a car or mobile phone, batteries run for a specific period, after which they must be recharged to regain power.

How does a battery work?

Inside every battery, some materials chemically react to produce electrons converted into energy (or electricity in simple terms). The process by which electrons move between the materials is referred to as electrochemical oxidation. The transfer of electrons happens through an electric circuit (a channel through which electric current is transferred). As electrons react, electricity is generated. The process continues until the chemicals or materials involved in the reaction get used up. That is the point when your battery goes off. For example, when you turn on your phone, a chemical process begins; when the materials are almost used up, you get a low battery alert.

What technology do batteries use?

People are constantly demanding convenient and efficient devices. As a result, manufacturers are developing portable devices that run on batteries. The technology that runs batteries has come a long way, from the first ammonium chloride-powered battery to cutting-edge new generation lithium-ion batteries. There are various batteries on the market and different technologies through which the batteries are powered. There are two major types of batteries on the market today: chargeable and nonchargeable. The elements used in batteries include lithium, mercury, alkaline, zinc, nickel cadmium, and many others. The type of chemicals or elements used to make the battery dramatically impacts the environment. In every battery, there are two or more cells where chemical reactions take place. The cells are attached to an electric circuit, through which electric energy is transferred. New technologies such as the new generation lithium-ion, solid-state batteries, and lithium-sulphur batteries are hailed as battery technologies for the future.

What is a PG in battery technology?

This course gives learners in-depth knowledge about the development of batteries. It introduces learners to battery technologies, electrochemistry, and scientific research in the same field. After completing the program, the learner becomes an expert in the industry. The increased need for highly efficient, environmentally friendly, quick charging, and long-lasting batteries has led to high demand for experts in the field of battery technologies.

Batteries are essential components in any device. As demand for better batteries increases, it is eminent that more experts are produced. Master in battery technologies will give you in-depth knowledge about how batteries work and a deeper understanding of different scientific developments in the field. Professionals from various disciplines of engineering will benefit from this course. A master’s degree in battery technology sets you apart. And as a result, you’ll be on demand and will also command better-paying jobs. 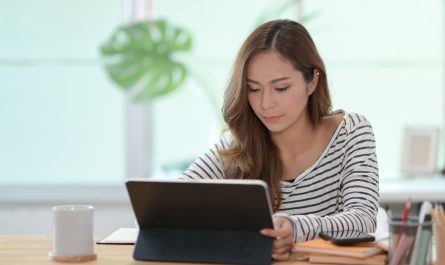 Formula Given for Percentage